Mohammad Asgar does not know his exact age but he knows that for the last twenty six years he has been pulling a rickshaw on the streets of Calcutta..He earns an average of about Rs100 a day (2-3 US$) out of which he pays 20 rupees as rent for his vehicle, 30 rupees for food and the rest goes to his wife and three children in Muzaffarpur, Bihar. .The hand-pulled rickshaw of Calcutta, immortalised by Dominic Lapierre's famous novel, City of Joy, will soon be a part of the history books as a bill passed by the West Bengal state assembly described the centuries-old mode of transport as "inhumane.".The future of about 18,000 rickshaw pullers in the city, earning an avarage daily wages of about 100 rupees ($2.5).is unclear as they call for a compensation package to help them rehabilitate into alternative jobs. 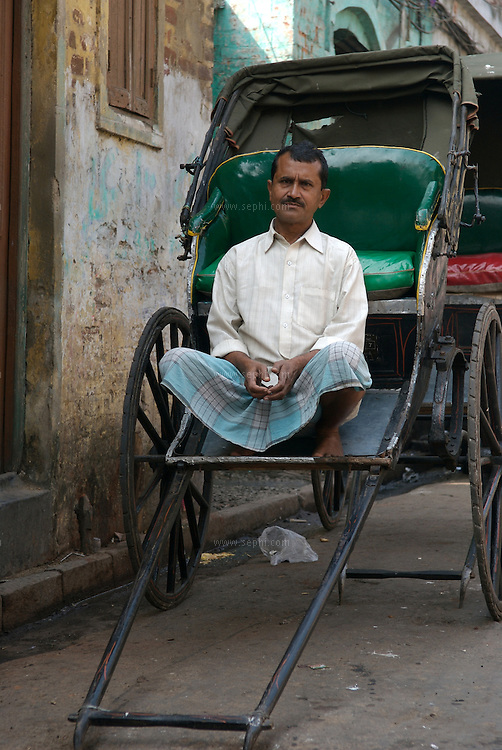