Rickshaw pullers taking a bath on the streets of Kolkata...The hand-pulled rickshaw of Calcutta, immortalised by Dominic Lapierre's famous novel, City of Joy, will soon be a part of the history books as a bill passed by the West Bengal state assembly described the centuries-old mode of transport as "inhumane.".The future of about 18,000 rickshaw pullers in the city, earning an avarage daily wages of about 100 rupees ($2.5).is unclear as they call for a compensation package to help them rehabilitate into alternative jobs. 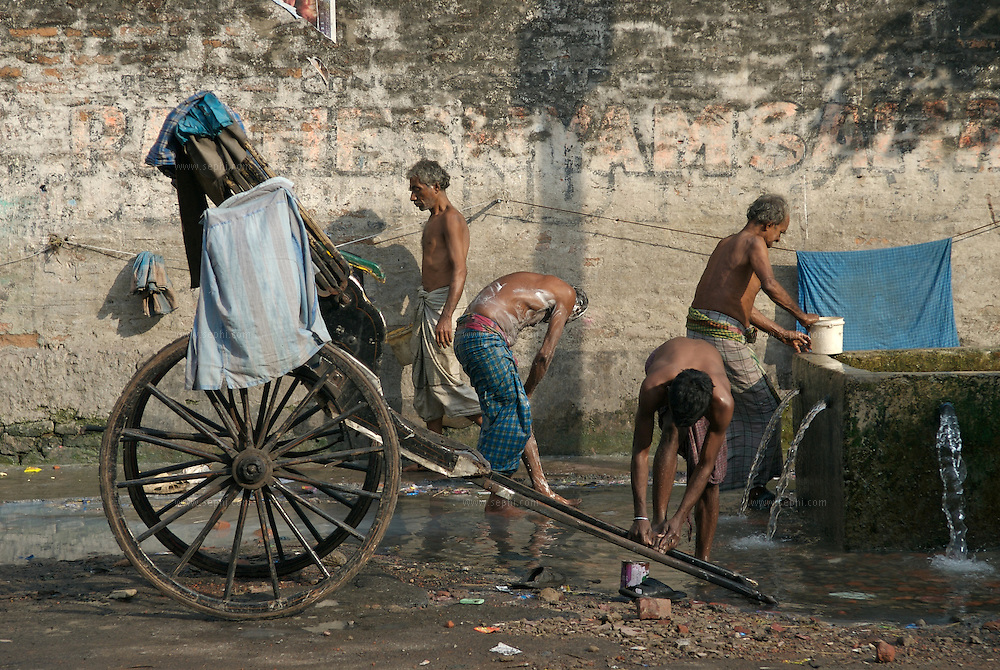